Provincetown, MA —Seamen’s Bank held their Annual Corporators Meeting on Tuesday, June 11, 2019 at the Lobster Pot Restaurant in Provincetown. At the meeting, President and CEO Lori Meads reported another strong year for the Bank as net income almost doubled to $1.9MM. The Bank saw an overall increase in deposits of over 6%. The loan portfolio had an increase of 8.5% while the Bank’s Capital Ratio for 2018 was over 11%, which far exceeds regulatory standards.

Five new members were elected to serve on the Board of Corporators: Curtis Helmus of Provincetown, Dan Murray of Wellfleet, Melanie O’Keefe, of Orleans, Dr. K. David Weidner of Provincetown and Josee Young of Centerville. “These community leaders will bring experience and awareness to what it means to be a Corporator” said Lori Meads, President and CEO of Seamen’s Bank. “Their engagement and involvement in the community will only strengthen the Bank’s position going forward.”

Dan Murray moved to Cape Cod in 1991 to spend a summer managing the Wellfleet Beachcomber, 29 years later he continues to oversee one of the most popular destinations on the Outer Cape.  Dan lives in Wellfleet with his wife.

Melanie O’Keefe relocated to Cape Cod to join LaTanzi, Spaulding & Landreth in 2003 and was named a partner in 2007. Melanie represents buyers, sellers and lenders in a variety of commercial real estate and business transactions, including acquisitions, financing transactions and leases. Melanie lives in Orleans with her husband and two sons and is active in the community serving as the President of the Orleans After School Activities Program, Inc.

Dr. K David Weidner is the Executive Director of the Pilgrim Monument and Provincetown Museum. Dr. Weidner is Co-Chair of Provincetown 400, a program of the PMPM to commemorate the landing of the Mayflower Pilgrims and signing of the Mayflower Compact. Dr. Weidner is also co-founder and President of Capital City Technical Consulting, Inc. (CCTC), a Washington, DC based Consultancy Company that provides solutions for international and domestic education and health-care industries. With more than 35 years of experience in the education industry, Dr. Weidner has been a classroom teacher, school district central office administrator, university lecturer, adjunct instructor, project manager, organizational developer, international program developer, and private-business owner. He specializes in the use of technology for the improvement of systems, personnel, organizations, education and learning. 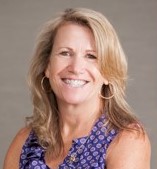 Josee Young is a Provincetown native, graduated from Bryant University with a BS in Business Administration and a concentration in Accounting. While working for a local public accounting firm, she obtained her CPA designation. Tax and audit have been the primary concentrations in her professional career. After working for public accounting firms, locally and in the Boston area, she worked as a municipal auditor for over ten years, serving many Cape Cod municipalities. In December of 2016, Josee accepted the position of Finance Director for the Town of Provincetown where she is currently the Assistant Town Manager for Finance and Administration